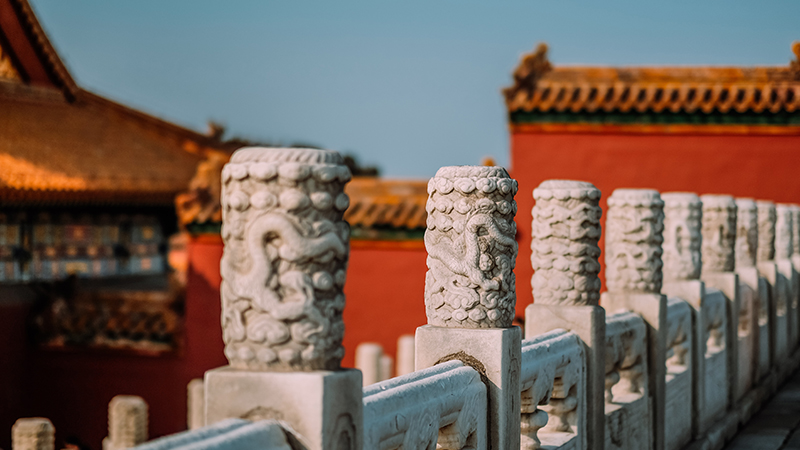 In Beijing, explore imperial treasures like the Forbidden City and the Great Wall. Visit the necropolis at Xian, where you encounter thousands of Terra Cotta Warriors. Explore cosmopolitan Shanghai and surrounding cities.

Today's highlight is an excursion to the world renowned, majestic, The Great Wall (JuYongGuan); Also known as one of the “Seven Wonders of the World”. Get a chance to climb a section of this 3,700-mile marvel, and get a breathtaking experience to the beauty and magnificence of this wonder. Afterwards, tour the iconic “2008 Beijing Olympic Center”; including the famous Bird’s Nest and Water Cube. The Olympic Centre now hosts many spectacular opening ceremonies and events. Experience the brilliant architectural structure design from the outside view, providing a perfect photo opportunity to capture these gorgeous buildings. Then, visit one of the largest Jade Exhibitions in Asia, made possible by the Dragon Land Jade company. Observe the sophisticated craftsmanship of the many jades on display and get a great opportunity to bring one home yourself. Tonight, you will attend a large-scale musical drama show, The Golden Mask Dynasty show. An original Chinese drama play, which incorporates dancing, lighting and acoustics, acrobatics and some magnificent costumes to recreate the wonderful legend. Produced by Chinese playwrights, directors and designers, the play has eight chapters and includes more than 200 actors from China and abroad in a single performance.

Today, we will take a tour to the Temple of Heaven, an imperial complex of religious buildings, it is recognized by UNESCO as an architectural masterpiece built between 1406-1460 A.D. Historically, it is an Imperial Sacrificial Alter, and was used in the past by emperors from the Ming and Qing dynasties for ceremonial honouring and praising to the gods of harvest, atonement for the sins of their people and seek divine clearance from the gods. Afterwards, take a famous rickshaw Hutong Tour and experience the culture and dynamics of what it would have been like to reside in ancient China. Then, received more insight on the diminishing of Hutongs through a Local Family Visit, where, also, an included local family meal will take place. Later, visit a famous Chinese Medical and Pharmaceutical company, Tong Ren Tang. Officially founded in year 1669, it has trained and provided many imperial doctors to former emperors of Qing dynasty. Discover the rich history, theory and philosophy of traditional Chinese medicine. Also, find out the health preservation methods through the Chinese medical way. During the late evenings, transportation to Suzhou via flight to Shanghai or high-speed train.

After breakfast, transfer to the airport and take a flight to Xi'an. Xi’an is one of the birthplaces of the ancient civilization. During Xian’s 3,100 year development, 13 dynasties placed capitals here, just like a living history book. Xian enjoys equal fame with Athens, Cairo, and Rome as one of the four major ancient civilization capitals. Upon arrival we tour 【Small Wild Goose Pagoda】 (Xiao Yan Ta), the symbol of the city. It is a well-preserved ancient tower built in 707AD, functioned to collect Buddhists materials that were taken from India by the pilgrims. Here we will join a special class to learn traditional Chinese culture, brush paintings and Chinese calligraphy. Next tour 【Xian Museum】, a Tang Dynasty-style structure under national heritage protection. The museum has a massive collection that spans over 130,000 pieces –14,400 of which are rated at China's highest level of cultural importance. Enjoy the Chinese traditional Calligraphy Class & Shadow Puppet Performance. Shadow Puppet Performance  that works in the form of "one mouth tells stories of thousands of years with a pair of hands operate millions of soldiers." We will introduce about its history and be marveled at the lingering music, exquisite puppets, brisk colors and lively performance. After enjoying the Fu Brick Dark Tea, the mysterious tea from China’s ancient Silk Road, our calligraphy master is waiting to impart his knowledge and guide our hands as we practice this ancient art. Following this full day of activities, you will be escorted to your hotel.

After breakfast, we will visit 【Qin Emperor’s Mausoleum】and the 【Terra Cotta Warriors and Horses Museum】, it is the most significant archeological excavations in 1974. Qin (d. 210 B.C.), the first unifier of China, is buried, surrounded by life-sized famous Terra Cotta Warriors, at the centre of a complex designed to mirror the urban plan of the capital. The Terra Cotta Army it rated as one of the top attractions in China; in 1987 it was enlisted in the UNESCO.

After the museum, we will continue to visit the【Artistic Ceramics Factory】, to learn about the techniques of making Tan San Cai, as well as the Terra Cotta Warriors. Tradition【A Dumpling Banquet and spectacle of the Tang Dynasty Music and Dance Show】

After breakfast, your local tour guide will transfer you to the airport. Depart home (via Beijing or Shanghai) or extend your journey to other cities in China. 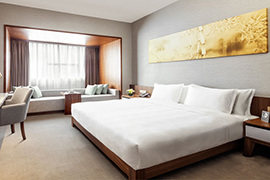 BOOK OF CHINA: Chapter Four -The Dynasty of Dragon